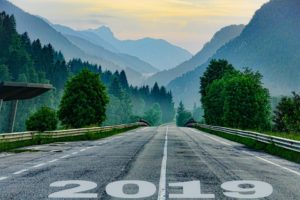 With Q1 2019 already behind us, now is the perfect time to review the trends, opportunities, and predictions made at the close of 2018. The biggest question at the end of the year was where was the oil and gas industry headed? What opportunities would 2019 have to offer? What impact should we expect in the first few months of 2019?

Attempting to accurately gauge where the oil and gas industry will be several months into the future can be very hit-or-miss. Let’s take a closer look at how certain predictions faired, along with the current state of the industry.

Fall in the Domestic Rig Count

The first prediction was that the industry would experience a gradual fall in the domestic U.S. rig count throughout the first half of 2019. This outcome seemed likely, with the DrillingInfo Daily Rig Count falling by about 3 percent during December (from 1160 to 1120 on December 25). Throughout the first three months of 2019, this particular count did indeed fall further with the first quarter finishing at 1049.

Why has the U.S. rig count gradually declined since mid-November last year, losing 143 rigs from its peak of 1,233? The cuts in the first quarter have been the steepest in three years, as independent exploration and production companies cut spending. Their focus has shifted to earnings growth, rather than increased output in the wake of oil price uncertainty. Oil companies are also sticking to their promises to return more capital to shareholders, following the rush to increase production throughout 2017. This trend is expected to continue during the second quarter.

Oil Prices on the Rebound

In November 2018, the U.S. Energy Information Administration (EIA) forecasted Brent crude oil prices to average $72 per barrel and West Texas Intermediate to average $65 per barrel in 2019. Some experts predicted that the price for WTI would rise again, but likely not exceed $60 during the first half of 2019. Oil prices did in fact rebound, even stronger than what was expected.

At the end of March, WTI closed at $60.14. Likewise, global demand continues to rise more rapidly than experts predicted it would through the first of the year. On the other hand, U.S. production – while still rising – is not rising as rapidly as it did in 2018. This, coupled with the fact that the rig count is dropping, is expected to place even more upward pressure on crude oil prices.

The power of the Permian Basin oil and gas boom and the opportunities it has created remains unmatched. In November 2018, the U.S. oil and gas industry shattered the oil production record by exceeding 11 million BOPD for the first time since production peaked in 1970. This year, the region is expected to generate an average of 3.9 million BOPD, roughly a third of total U.S. oil production.

This trend still stands. Workers are busy building out pipelines as drillers prepare to up their output from the Permian, where production could double over the next four years to 8 million BOPD from the basin alone. Overall, U.S. production is now expected to expand and potentially top 12 million BOPD by the end of 2019. Thanks to a change in law late in 2015, U.S. exports have also grown along with the booming Permian Basin and other production. In February, exports reached a record 3.6 million BOPD.

Without a doubt, the most talked about topic of 2018 was “bottlenecks”. A shortage of pipeline space created serious bottlenecks, highlighting the need for infrastructure to keep up with the explosive growth of the U.S. oil and gas industry. The biggest pipeline crunch of all was in Texas, with the Permian Basin growing at an 800,000 BOPD annualized pace.

As mentioned, workers have been busy over the last few months building out pipelines to address this lack of pipeline capacity. Many experts are now saying that the current bottleneck coming out of the Permian Basin will be resolved by the third quarter of 2019. By the end of 2020, they expect the region to be enjoying a significant surplus of pipeline capacity.

Oil and Gas Employment is Up

Last year, one of the top concerns was how the unprecedented growth of oil and gas was affecting human resources within the industry. Many experts were afraid that a lack of oil workers would create the next big Permian Basin bottleneck and leave many wells sitting idle. After the painful firing of 440,000 workers during the last downturn, companies have been waiting for these experienced and qualified individuals to make their way back to the industry.

Without a doubt, the first few months of 2019 have been very strong for the oil and gas industry. The Permian Basin continues to grow rapidly, and many of the trends and predictions made have indeed come true. Oil and gas companies are now waiting to see if the rest of 2019 is just as positive and promising as the first quarter has been.

Is your business busy chasing down the many opportunities the booming oil and gas industry has to offer? If you need flexible funding to help you pay bills on time, invest in additional equipment, hire more workers and increase the size of your business, consider the benefits of oilfield invoice factoring services.

When it comes to oil and gas factoring, no one knows the U.S. oilfield industry like the team of experts at Security Business Capital. Located in the heart of the Permian Basin, we have built an experienced and dedicated team of individuals with years of expertise in providing flexible cash flow solutions that help businesses thrive. Whether your business engages in oilfield hauling, pipeline construction, drilling, exploration services, or any other facet of the oil and gas industry, invoice factoring can help.

If you would like to learn more about how our invoice factoring services work, contact us today for a free quote or consultation.