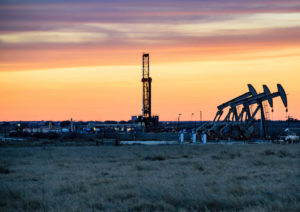 The boom-bust nature of the oil and gas industry is a well-known fact – but many are adamant that this time is different. The Permian Basin, the heart of the American oil country, is dramatically reshaping more than just Texas. The power of the Permian oil and gas boom and the opportunities it has created, has rapidly reached across the nation and the world.

The Permian Basin stretches across 75,000 sq. mi. of dusty West Texas and New Mexico. For many years, the oil industry was unable to profitably pull much oil from shale and was forced to focus their efforts on easier-to-tap rock formations. New fracking technologies and technological advances in production, like horizontal drilling, are now transforming the basin. Drillers are producing more oil than ever before.

In 2018, the U.S. oil and gas industry shattered the oil production record by exceeding 11 million BOPD for the very first time. In November 2018, the U.S. broke yet another record by becoming a net oil exporter for the first time in 75 years. This year, the region is expected to generate an average of 3.9 million BOPD. According to the U.S. Department of Energy, this is roughly a third of total U.S. oil production.

To say that the Permian oil and gas boom has transformed the U.S. economy is a gross understatement. Hastily constructed temporary housing for oilfield workers, known as “man camps,” have sprung up all over the region. New, luxury construction projects are also popping up throughout what were once sleepy, little towns. Across the Permian, small businesses are scrambling to keep up with the influx of workers; gas stations, retail shops and restaurants advertise perks like $15-per-hour pay and 401(k) benefits to lure and retain employees.

In towns like Odessa, Texas and Hobbs, New Mexico, million-dollar conference and recreation centers are being built. Car dealerships have reported that their sales are up 50 percent compared to two years ago. Roads and highways that were originally designed for ranchers are now congested with semis carrying water, oil, pipe, pumps and tanks. This explosive growth has also had a huge impact on schools, police departments, hospitals and housing.

Over the past few years, the impact of the Permian oil and gas boom has gone beyond the U.S. and reached across the globe. It has affected the international energy industry, shifted the balance of power among Washington, Beijing and Moscow and left places like Saudi Arabia uncertain over future oil profits. This unprecedented oil boom in the U.S. has impacted the tough sanctions against nations like Iran and Venezuela. It has also inspired other countries to explore the potential of their own shale reserves.

“In a shale revolution world, no country is an island. Everyone will be affected,” says Faith Birol, the head of the International Energy Agency (IEA).

Thanks to the massive resources of the Permian, the surge in oil production has completely transformed America’s place in global energy markets. According to the IEA, U.S. oil production is expected to nearly equal that of Saudi Arabia and Russia combined by 2025. The U.S. has just recently surpassed Russia as the world’s largest crude oil producer.

The abundant shale reserves of the Permian have not only driven economic growth and regional job creation, but also reduced costs for American consumers and manufacturers. Despite the plunge in oil prices in the last few months, enthusiasm is still high. Analysts predict that the Permian Basin will continue to expand in the coming years, thanks to new cost-reducing advances like fracking.

What does this mean for the oil and gas companies themselves? For oil and gas companies, the firms that serve them and small businesses across the Permian Basin, rapid growth means endless opportunities and challenges – both of which require cash. Quick access to cash ensures businesses have the flexibility they need to accept new jobs and orders, without adding a burden of debt. To address this need, more companies are turning to invoice factoring.

What is invoice factoring? Invoice factoring is a financing tool that allows companies to sell their unpaid invoices at a discount in exchange for quick working capital. The customer is then obligated to pay the factoring company according to the terms of the invoice. Once the factoring company has collected payment, the business then receives the remaining balance of the invoice, minus a small factoring fee. You can have the cash you need in your business’ bank account in as little as 24 hours.

Located in the heart of the Permian Basin, Security Business Capital understands changes and opportunities can happen overnight. The team of experts at Security Business Capital have years of expertise in providing flexible cash flow solutions that help businesses thrive. Our invoice factoring services provide the quick source of funding you need to pay the bills on time, invest in equipment, hire more workers and increase the size of your business.

Oil and gas services, temp staffing, manufacturing/distribution and transportation are just a few of the business types that use Security Business Capital’s invoice factoring services to generate cash on hand. If you would like to learn more about how our services work, get in touch with us today for a free quote and/or consultation.