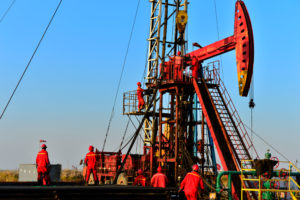 2018 proved to be an incredibly successful year for the oil and gas industry, with huge benefits for the economy. The year started out with much promise. The Permian Basin continued to boom, leading the U.S. to have a record-setting year. U.S. shale producers accomplished more than previously thought possible, and “bottleneck” was included in more headlines than any other word. Below, you will find the top storylines that shaped the oil and gas industry in 2018.

If the oil prices in 2018 had to be described in just two words, they would definitely have to be: roller coaster. At the beginning of the year, the price of West Texas Intermediate (WTI) opened at $60/bbl, while Brent crude was slightly under $67/bbl. Fast forward to early October, those prices jumped. WTI was quickly closing in on $80/bbl, and Brent was just above $86/bbl. In fact, Brent hit the $80/bbl mark in May – the first time in three years. Then, at the close of December, oil prices dropped dramatically into the $40s.

So, what were the factors that caused oil prices to rise throughout the year, only to plummet suddenly at the end of December? As far as oil prices rising, there are several key reasons: the May announcement that the U.S. would impose sanctions on Iran, global demand that continues to rise and the rapid decline of Venezuelan production, to name a few. But then a couple of big events and decisions caused oil prices to collapse: the trade war with China resulted in China halting imports of U.S. oil, and sanctions on Iranian exports were waived at the last moment.

The U.S. oil and gas industry shattered the oil production record in 2018. Early in the year, the Energy Information Administration (EIA) announced that the previous monthly record for U.S. crude oil production – 10.44 million barrels per day (BOPD) set in November 1970 – had been broken. Just ten years ago, America was producing less than 5 million BOPD of oil, while net imports of crude exceeded 11.1 million BOPD. Thanks to the introduction of fracking and technological advances in production (like horizontal drilling), U.S. production has more than doubled in the last decade.

During the last week of November, the U.S. broke yet another record. The U.S. became a net oil exporter for the first time in 75 years, exporting more crude oil than it imported from other countries. This milestone comes just three years after the U.S. ended a four-decade embargo on exports of its crude oil. After securing the title of net natural gas exporter for the first time in 60 years in 2017, the U.S. also more than doubled its daily exports in 2018. Once again, the unprecedented boom in the Permian region of Texas and New Mexico is receiving much of the credit for the dramatic shift to net exports.

Without a doubt, the hot topic of 2018 has been “bottlenecks.” From the Permian Basin to Appalachia to the Atlantic coast, the U.S. production bottleneck was widely discussed. The explosive growth of the U.S. oil and gas industry highlighted the need for infrastructure to keep up with production. The biggest pipeline crunch is Texas, with the Permian Basin growing at an 800,000 BOPD annualized pace.

As oil production continued to ramp up, experts warned that it was only a matter of time before pipelines ran out of space. In fact, it was estimated that producers were losing more than $1 billion per day due to the lack of infrastructure. Thankfully, multiple pipeline projects are scheduled to come online late this year and several more in 2020.

Experts are now saying the vast Permian Basin is even bigger than previously thought. At the end of November, the U.S. Geological Survey (USGS) published an assessment of technically recoverable resources in the Wolfcamp and overlying Bone Spring formation in the Permian Basin. On December 6, the USGS issued a report expanding the potential bounty of the region. The estimates were incredible: 46.3 billion barrels of crude oil and 281 trillion cubic feet of natural gas.

According to experts, the unproven, technically recoverable reserves (based on geological knowledge and theory) are officially the largest on the planet. With nearly one-third of U.S. crude coming from the booming Permian Basin, it is already the largest shale-oil producing region in the country. In the words of Stephen Beck, senior director of upstream for Stratas Advisors, “At the resource level, the Permian remains king.”

Thanks to technological advancements and incredible resources, 2018 was a year full of changes, growth, and opportunity. With new pipelines scheduled to come online, the Permian Basin continuing to boom and the shift to net exports, 2019 looks very promising for the oil and gas industry. For oil and gas companies, now is the time to prepare for opportunities.

If your business needs a flexible funding solution to boost cash flow and prepare for growth, you should consider invoice factoring. When it comes to oil and gas factoring, no one knows the U.S. oilfield industry like the team of experts at Security Business Capital. Located in the heart of the Permian Basin, Security Business Capital has built a dedicated team of individuals with years of experience in empowering businesses with the cash they need to succeed.

If you would like to learn more about how our invoice factoring services work and how they can help your business grow, get in touch with us today for a free quote and/or consultation.