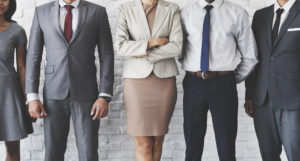 After years of feeling the effects of the Great Recession, the state of American entrepreneurship is finally improving. Entrepreneurs are the driving force behind this resurgence in business activity in the U.S. A new study from the Kauffman Foundation shows that more people are starting businesses, and those businesses have a higher chance of survival. Entrepreneurs are also discovering that it is easier to gain traction and reach scale than in the past.

“Overall entrepreneurial indicators have gone up, job creation by new establishments is on an uptick, and optimism among small business owners has surged,” declares Kauffman.

Among the findings of this study, the following three mega-trends were identified as defining forces shaping the future of entrepreneurship:

According to the Kauffman Foundation, there is a notable shift in U.S. demographics as the population becomes more racially diverse. By 2050, more than half of the U.S. population will be from racial minority backgrounds. As the country’s population becomes more diverse, so does its business sector. Although the current portrait of American entrepreneurs is 80.2 percent white and 64.5 percent male, minorities are rapidly overcoming social hurdles and breaking through economic barriers. Long-term, these new demographics will have a huge impact on the small business landscape nationwide.

Minorities are not only successfully starting more businesses, they are also growing their ventures into profitable, thriving companies. As per Kauffman, 40 percent of the newest of the new entrepreneurs are from racially diverse backgrounds. Latino-owned companies continue to boom, African American entrepreneurs are thriving, and companies owned by individuals from South and East Asia are expanding like never before.

Overall, minority and women-owned businesses across the country are very optimistic about the direction of the U.S. economy and the future health of their businesses. New business considerations like technology are strengthening the efficiency of their operations, and increased access to business funding options through alternative lenders are allowing them to seize more opportunities. While barriers to minority-owned startups have been persistent over the years, experts are predicting that this shift in U.S. demographics will lead to both a continued increase in the number of minority business owners and an increase in these individual business’ growth and success.

The second mega-trend has to do with geography – a shift in entrepreneurial activity. In 1977, two out of every ten business startups were located in a rural area. The percentage of startups in rural areas then gradually dropped from 20 percent in the 1980s to 12.2 percent today.

With each passing year, the U.S. population becomes more and more urban and less rural. Correspondingly, entrepreneurship is an increasingly “urban phenomenon”. As Kauffman explains, the “expected” entrepreneurial hubs (e.g. Silicon Valley, Boston and New York) are no longer the monopoly of startup activity and growth entrepreneurship. Ultimately, this trend – this shift in geography – means startups and businesses focused on scaling will be present in locations they were not expected to be in the past.

Technology has swept the globe and created a new nature of entrepreneurship both in the U.S. and abroad. Throughout history, entrepreneurial businesses have created jobs, wealth and innovation. While as true yesterday as it is today, advancements in technology have made the activity of starting and scaling a business a very different process than it used to be.

This new nature of entrepreneurship has led to two, distinct implications. First, fewer jobs are created because businesses are able to reach massive scale without similarly scaling employment. For example, when Kodak reached its first billion in sales in 1962, it employed 75,000. When Facebook reached the same revenue scale in 2013, it employed just 6,300 people. 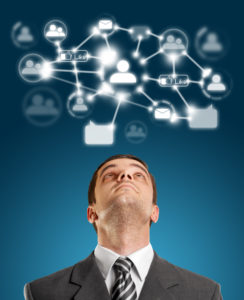 Second, technology is significantly lowering barriers to entry and creating new industries and entrepreneurial opportunities. Platforms like Esty, for example, allow entrepreneurs to reach larger markets at a much faster rate. In addition, entrepreneurs can use alternative financing channels that benefit startups, small businesses and minority-owned businesses and any other business types that struggle to secure traditional financing.

Thus, the three mega-trends the Kauffman Foundation believes will shape entrepreneurship for decades to come include: new faces in demographics, new maps of geography and new natures of technology. While there are still many questions about what future entrepreneurial activity will look like, 2017 has showed many improvements in entrepreneurship. Many are hopeful that these improvements will also lead to increased access to opportunities and growth for all American entrepreneurs.

Security Business Capital specializes in helping companies in several industries secure the funds they need to operate smoothly, grow their business and take advantage of opportunities. Small businesses, startups, midsize businesses, businesses in a turnaround phase and businesses growing too rapidly are just a few of the business types that successfully use SBC’s invoice factoring services. If your business is seeking alternative financing solutions to meet expenses or fund expansion, Security Business Capital offers a fast, simple and hassle-free set up process.

If you’d like to learn more about Security Business Capital’s invoice factoring option (or our other services, like PO financing), simply contact SBC for a free quote and/or consultation.