Trying to forecast oil prices this year has left many at a complete loss. Investment banks, national and supranational organizations and rating agencies have all been baffled at how much oil prices fluctuated throughout 2016. Some experts have joked that a crystal ball might provide more accurate results for 2017.

At Security Business Capital, we know how unpredictable oil prices can be. In early October, the outlook on the oil market seemed to be more optimistic. The World Bank upped its oil price forecast for 2017, sharing that it expected average prices to be $55 a barrel over the course of the next year; an increase of $2 from its previous forecast. However, November has, so far, experienced yet another downward spiral in oil prices. On November 7, the day before America’s election day, West Texas Intermediate (WTI) traded at $44 a barrel. And there’s still more trouble ahead.

The Driving Force Behind Oil Prices 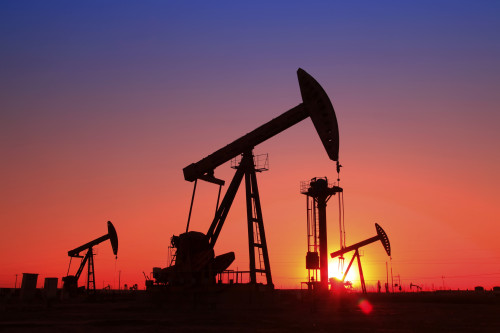 On August 11, 2016, the International Energy Agency (IEA) published their forecast that demand for oil would exceed supply during the third quarter. Following the IEA’s Oil Market Report, the Saudi Energy Minister, Khalid al-Falih, persuaded OPEC co-members to work together to figure out a reduction in their combined crude oil output; the hopeful outcome being a restored balance to the oil markets.

The initial announcement of the potential agreement between OPEC members drove benchmark oil prices to $55 a barrel – the highest level in months. Even so, most are still choosing to play it safe. After the initial jump following OPEC’s proposal to cut – or at least restrain – oil production, many became skeptical about OPEC’s ability to settle on and implement a deal at the upcoming November 30 meeting.

So far, both Iraq and Iran have indicated they have no intention of taking part in any freezes or production cuts, confirming suspicions. Still fighting the Islamic State, Iraq would lose the oil revenues it so desperately needs to fight ISIS and repair its broken country. In addition, Iran is still working to get back to its pre-sanction volumes. Many are afraid this has the potential to end OPEC negotiations before they ever get started, considering that OPEC’s second-largest producer after Saudi Arabia is Iraq.

In addition to Iraq and Iran’ s increased oil production, OPEC output reached a record high of 33.54 million barrels per day in October. While Russia is not a member of OPEC, it also boosted output to a new, post-Soviet high of 11.2 million BPD. Baghdad is offering new fields to companies able to bring them along more quickly, and Nigeria has also boosted its output from 700,000 BPD early this year to 2.1 million BPD in October.

Where Are Oil Prices Headed?

So, what can we expect looking down the road into 2017? From the perspective of a factoring company, several factors are currently influencing the direction of oil prices. Oil prices slipped in the days surrounding what some are calling a “surprise victory” for U.S. President-elect Donald Trump. On election day, WTI Crude slumped to $43.72 a barrel, only inching up to $45.01 two days later. Brent Crude also moved up to $46.41 once election news had settled. Analysts are now cautiously examining the President-elect’s energy program to try and gauge which direction the market will go from here.

Meanwhile, oil inventories are continuing to pile up. A Reuters survey estimated that US crude oil inventories could rise by 1,100,000 barrels between October 28 and November 4, 2016. However, The U.S. Energy Information Administration recently announced in its weekly report that crude oil inventories actually rose by 2.4 million barrels at the end of the week of November 4. This increase in crude oil inventories has and will likely continue to place downward pressure on oil prices in the future. Other influencing factors include the outcome of the OPEC meeting and the Federal Reserve.

According to Forbes contributor, Panos Mourdoukoutas, “Crude oil could be heading back down to the $20s again if Saudi Arabia makes good on its threat to raise oil output – and if the Federal Reserve hikes interest rates in December.”

For now, the industry anxiously – and skeptically – awaits the final decision at the November 30 OPEC meeting in Vienna. The hope is that Saudi Arabia will somehow manage to convince Iraq and Iran to play along. If an agreement cannot be made, the global market will remain in a surplus. The IEA shared that, if this supply surplus persists into 2017, there will be a legitimate risk of prices slipping even further. (For more information concerning the outcome, check back for a future article on the OPEC meeting.)

The oil and gas industry is an extremely capital intensive business to be in. Growth requires a strong base of proven reserves, flexibility in inventory to maneuver, and liquidity to fund drilling programs, a tall order for an environment known for its uncertainty.

When it comes to oil and gas, no one knows the U.S. oilfield industry like the team of experts at Security Business Capital. SBC has decades of experience in pairing clients with flexible cash flow tools, like invoice factoring. Utilizing oilfield factoring allows a company to invest in additional equipment, hire more workers and ensure bills are paid on time. A company can fund expansion, and increase the number of projects it can bid on or schedule. If you would like to learn more about what Security Business Capital can do for your business, contact us today for a free quote or consultation.