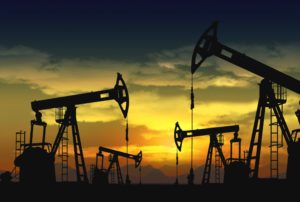 Following a year of pipeline capacity constraints and delayed pipeline projects, 2019 became the year of rapid expansion and increased production. The hot topic of “bottlenecks” faded and massive pipeline projects stole the limelight. Last year’s predictions for growth also captured the attention of companies like ExxonMobil, Chevron, BP PLC and Royal Dutch Shell PLC’s. As major pipeline projects moved into the development process or under construction, these companies expressed more and more interest in the basin.

Another busy year for the oil and gas industry concluded, analysts have issued their predictions about 2020 and what they could mean for oil markets and prices. For the most part, analysts have chosen to focus on predicting the ‘knowns’ in the market for this year. Here are five of the most important predictions and factors, in the U.S. and worldwide, oil and gas companies should keep an eye on.

Besides a series of mega-deals, 2019 was a pretty quiet year for oil and gas mergers and acquisitions. Will this trend continue this year? So far, there has actually been an increased level of mergers and acquisitions taking place. This shift actually started taking place beginning in December of last year, with several sizable transactions being announced. For example, WPX Energy announced its $2.5 billion purchase of Felix Energy, a large operator of the Permian Basin. There is also a growing number of distressed oil and gas firms with few funding options that are expected to team up with bigger shale players to scale operations and cut costs.

U.S. shale growth began to slow down in the last months of 2019. As a result, media coverage began to predict doom and gloom. Despite this, analysts and organizations say they expect oil supply from the U.S. to pick up and continue to rise this year. The main driver of this trend is the mix of producers that are expected to continue to evolve. As noted above, under-capitalized, highly-leveraged producers are either merging into or being acquired by larger, more integrated companies, and this will continue to happen throughout the year.

Last year, U.S. oil drillers reduced the number of drilling rigs for a record twelve months in a row, despite production highs. Three more oil rigs were cut at the end of November, dropping the total count down to 668, the lowest since April 2017. This steady fall was due largely to oil and gas companies pushing the completion of their year’s drilling budgets in preparation for the new year. In December, the number of active oil rigs did increase – the first double-digit growth since the beginning of April, according to Baker Hughes data. The domestic rig count is now expected to remain largely stable, at least through the first six months of 2020, before its time for companies to revise their budgets yet again.

In September 2019, the U.S. exported more petroleum products than it imported. According to the U.S. Energy Information Administration (EIA), this was the first time the U.S. has been a net exporter since 1973. Thanks to the increase in infrastructure capacity this year, exports of U.S. crude and liquefied natural gas (LNG) will continue to escalate. The EIA’s latest Short-Term Energy Outlook (STEO) says the total U.S. net exports are expected to average 570,000 BOPD in 2020, compared with average net imports of 490,000 BOPD in 2019.

Unfortunately, bankruptcies involving small to mid-size producers and companies seeking protection from creditors are expected to accelerate this year – a continuing trend from 2019. Oil patch bankruptcy monitor, Haynes and Boone, estimated that the oil and gas industry had 33 filings year to date in September. The reason? Ongoing reduced capital availability has left many companies in a tight spot, especially smaller businesses. This limited access to capital will inevitably lead to more bankruptcies and more mergers and acquisitions this year.

Is your oil and gas company one of the many experiencing tightened access to capital, which is then restricting your ability to grow and chase down opportunities? Are you pushing your business to its limits, but are still unable to keep pace with the industry? If so, you should consider the many benefits of flexible, alternative funding options like invoice factoring.

Located in the heart of the Permian Basin, Security Business Capital has built an experienced and dedicated team of individuals with years of expertise in providing flexible cash flow solutions that help businesses thrive. Invoice factoring services allow your business to use unpaid invoices to generate quick cash (in as little as 24 hours), without adding a burden of debt. These funds can help you easily cover daily costs, invest in additional equipment, cover unexpected expenses and hire more workers.

Whether your business engages in oilfield hauling, pipeline construction, drilling, exploration services, or any other facet of the oil and gas industry, invoice factoring can help. If you would like to learn more about how Security Business Capital’s oilfield factoring services work, contact us today for a free quote or consultation.